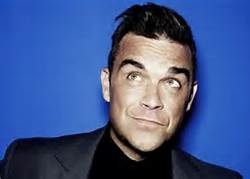 Wolverhampton’s Liam Payne of boyband One  Direction saw ex-Take That star Robbie Williams get help from a city theatre group as he took over the London Palladium for a show with songs for his One Night Only show.

Liam, just back from One Direction’s world tour, was with girlfriend Sophia Smith – counteracting rumours that the couple had split – saw the Staffordshire-born superstar sing No One Likes a Fat Pop Star clad in a big padded suit while being told off by Victorian urchins dressed in costumes provided by Wolverhampton’s Central Youth Theatre (CYT) Actors Wardrobe costume resource at The Arts Market, Salop Street, Wolverhampton.

The one-off show was a first chance to hear tracks from Robbie’s new album, Swings Both Ways, as he performed with his orchestra and guests.

Instead of Nicole Kidman duetting on Something Stupid Robbie had Muppet Miss Piggy as his partner.

Kermit the Frog appeared, as did Rufus Wainwright and Lily Allen but the big applause was reserved for when Robbie brought dad, Pete, on stage and when Robbie performed a track dedicated to his 18-month-old daughter.

Robbie Williams: One Night At The Palladium was filmed for BBC1 in front of invited guests and fans on Friday, November 8th,  and is intended to be shown at Christmas.

His new single “Go Gentle”was out on the Monday (November 11) and new album “Swings Both Ways” is out tomorrow (Monday, 18th November).

Robbie talked about his debut solo album Life Thru A Lens, released after leaving Take That. His solo career has, so far, included six number one singles and more BRIT awards than any other artist. It includes two of Robbie’s best-loved songs ‘Angels’ and ‘Let Me Entertain You’.

Meanwhile, also on Friday, 6th November, ten CYT members and CYT Director Jane Ward were round the corner at the National Youth Film Festival Awards 2013 at Vue  Cinema, Leicester Square, to receive an award for their short comedy film about everyday goings on in a Black Country chip shop in the Round My  Corner category hosted by actors from Horrible Histories.

Salt ‘n’ Malt. was made at Pennfields Plaice, Birches Barn Road, Wolverhampton, this summer after a £5,000 award from First Light Film, the education arm of the British Film Institute.

CYT member Lauren Riley, aged 20, of Fordhouses, Wolverhampton, came up with the idea and devised, wrote and co-directed it with Kieran Bird, 20.

More than 20 young people were involved in making the film, premiered, with behind the scenes footage, at Wolverhampton’s Light House Media Centre in June.

All films nominated were shortlisted by an industry panel and the winning films were selected by a group of celebrity judges. Judges this year include Toby Jones, Damien Jones, Mel Giedroyc, Jason Solomons, Danny, Leigh, Dan Zeff and more.

This slapstick comedy was filmed in the style of a Spaghetti Western with much fun and comedy being derived from the Black Country dialect.

Black Country filmmaker Mark Pressdee, who was the Film Mentor to the young people, has recently had great success with his short film Titanic Love which has been winning awards at film festivals all over the world during 2013.

CYT member Lauren Riley says: “I am very honoured to gain such a great experience with Central Youth Theatre, if it wasn’t for being a member I would never imagine attending a London film festival, let alone one where my film idea is being nominated.”

Jane Ward, of CYT (pictured above), based at the Newhampton Arts Centre, Dunkley Street, Whitmore Reans,  Wolverhampton, said: “We are very excited about winning the award but also about the fantastic costume order from Robbie. It is a great tribute to the quality of costumes we hold.

“Like all charities and voluntary groups we are feeling the effects of austerity policies and cuts in funding. This year we are making the resource more widely available beyond theatre, film and television by hiring out making costumes available for the whole community to hire during Christmas and holiday season.

“We can costume Santas, Elves, Fairies, Victorian ladies and gentlemen and children, knights and damsels, pirates, very fashionable vintage – anything you can think of for celebrations and parties.

“We try and make the most of what we have got to help us cover costs and to continue working with young people developing their confidence, abilities and skills so that they can enjoy theatre work and stand a better chance of employment when they go looking for careers.

“Over thirty years we have worked with thousands of young people in the area, helping many into excellent careers, and we want to keep doing so.

“We realise that the council and others who have helped us with funding over the years are having a very tough time at the moment but our members and their families have always contributed to the running of youth theatre and we have always tried to raise funds in as many ways as we can think of.

“Recently we have bag packed at Tesco at Burnt Tree Island, Dudley, had two ex-members run the Birmingham half-marathon to raise funds and had a fun family quiz night at the West End Working Men’s Club, Wolverhampton – to help us keep providing a great service to young people in the area.

“As funders find it more difficult to help we are doing our utmost to draw on our own resources – and making our costumes more widely available to hire than just for theatre, film and TV seemed a good idea. It is also a way of helping others to have a really good Christmas celebration.”